Remember early Sunday Morning, November 6th, at 2am we will “fall back” one hour in time to end Daylight Savings Time. This gives us 1 extra hour of sleep! Many people don’t understand why we change the time on the clocks. The main reason is to add daylight to our evening and not to the morning during daylight savings time in the summer months.

According to most Americans, they enjoy Daylight Savings Time because they like the extended light hours in the evening. This poll was created by the Department of Transportation in the 1970s. Some sources also state that it conserves electricity by up to 1% a day due to less electric needed for lighting and appliances. Energy savings are less in the four darkest months. These months would be November, December, January, and February.

Ben Franklin first conceived the idea of daylight savings time when he had a new style oil lamp and returned to America. The idea was advocated first by William Willett, a London builder in the pamphlet “Waste of Daylight” in 1907 that proposed advancing clocks 20 minutes each of the 4 Sundays in April, and bringing those back 4 Sundays in September. Willett noticed that on early in the mornings when the sun was fully raised, people would still have their blinds closed. He called this a waste of daylight and found that everyone appreciated the longer light evenings. 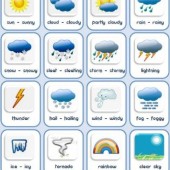 Love the weather, fairs in the Lehigh Valley.